Concerning the first requirement, crimes commonly charged between roommates by Arizona law enforcement that fall within the purview of the statute include:

Regarding the second requirement, the relationship between the defendant and victim qualifies if the relationship is one of marriage or former marriage or of persons residing or having resided “in the same household.” Relying on the “household” portion of the statute, police often charge and prosecutors typically approve, a charge of domestic violence in fights and disturbances between roommates. Unfortunately, in Arizona whether a roommate qualifies as domestic violence is not clear. But, while the courts have yet to determine the applicability of roommates to a DV qualifying relationship, it appears that a more careful reading of the existing domestic violence law, the actual statute and the legislative intent lead to the conclusion that roommates are not a qualifying relationship.

Two Reasons Roommate Domestic Violence Should Not Qualify as a Domestic Relationship:

By charging roommate domestic violence in an incident between people that merely live together, the State wrongfully assumes that roommates satisfy the domestic violence statute’s relationship element simply because they reside in the same “household.” However, the term “household” has a distinct legal meaning under Arizona law, and a household is not formed merely because two people share the same living quarters. Moreover, Arizona courts have said that individuals who reside together as roommates do not constitute a household. Mendota Ins. Co. v. Gallegos, 232 Ariz. 126, 130, ¶¶ 12-14, 302 P.3d 651, 655 (App. 2013). Arguably, because the relationship between roommates does not constitute a “household,” it does not satisfy the domestic violence statute’s relationship element, and therefore should not be a basis to bring domestic violence charges.

If the Legislature intended the crime of domestic violence to apply to relationships between persons residing in the same “home,” “abode,” or “residence,” it certainly knew how to widen the statute’s umbrella. Instead, the Legislature chose the term “household,” which has a distinct meaning under Arizona law, evidencing the Legislature’s intent to include a relationship distinct from that of individuals who merely share living quarters.
The legislature did not contemplate a mere roommate relationship when using the term “household” in the domestic violence statute. “Where the legislature uses a term within one statute and excludes it from another, the term usually will not be read into the provision from which it was excluded.” City of Flagstaff v. Mangum, 164 Ariz. 395, 398, 793 P.2d 548, 551 (1990). In contrast to the use of “household” in the definition of domestic violence, in the same chapter of the criminal code the Legislature employs terms such as “home” and “abode” (in the definition of “dependent person” in A.R.S. § 13-3612), and the term “residence” (in 13-3602(G)(2)). 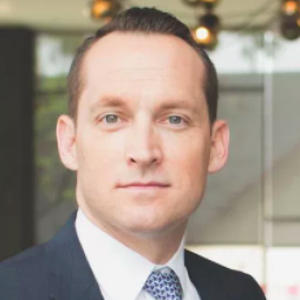 Feldman & Royle, Attorneys at Law handles DUI, misdemeanor and felony charges throughout the greater Phoenix area. Our attorneys include a former prosecutor, and our staff works as a team, drawing on years of experience representing clients charged with a wide variety of criminal offenses. There is no substitute for experience when it comes to the criminal justice system, and we use that experience to your advantage when we take on the defense of your case.